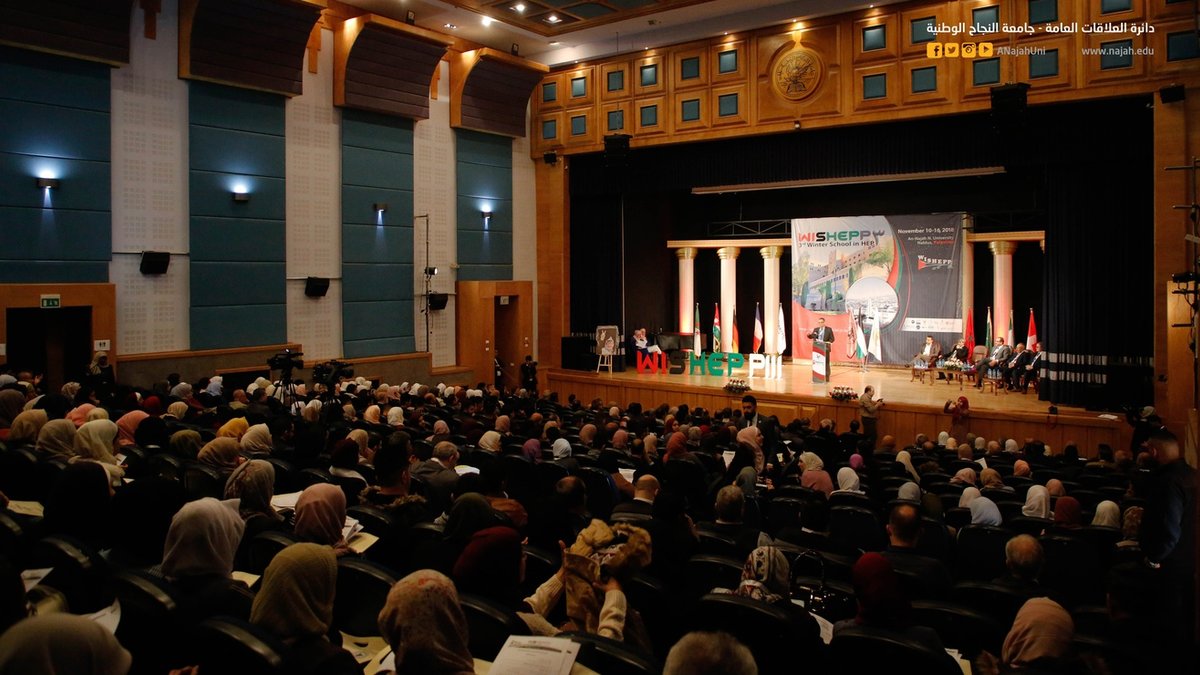 On Sunday, November 11, 2018, An-Najah National University's Physics Department in cooperation with the University of Paris Sud 11 and the Linear Accelerator Laboratory (LAL) launched the activities of the Third Winter School of High Energy Physics in Palestine (WISHEPPIII) at the Prince Turki Bin Abdel Aziz Theatre in the New Campus.

The inauguration ceremony was attended by Engineer Thafer Melhem, Acting Chairman of Energy and Natural Resources Authority and Representative of His Excellency the Prime Minister Professor Rami Hamdallah, Dr. Sabri Saidam, Minister of Education and Higher Education, Professor Allam Mousa, Minister of Telecommunication and IT, Prof. Maher Natsheh, Acting President of An-Najah, An-Najah vice presidents and assistants, Dr. Maen Ishtaiwi, Dean of the Faculty of Science, Prof. Achille Stocchi, Head of LAL and Co-Chair of WISHEPP, Mr. Jean-Luc LAVAUD, Head of the Cooperation Office of the French Consulate, Dr. Ahmed Bassalat, Chairman of WISHEPP and staff member at the Physics Department, Prof. Martin Gastal, of the European Organization for Nuclear Research, CERN and a large number of An-Najah staff and interested students as well as other notable attendees. 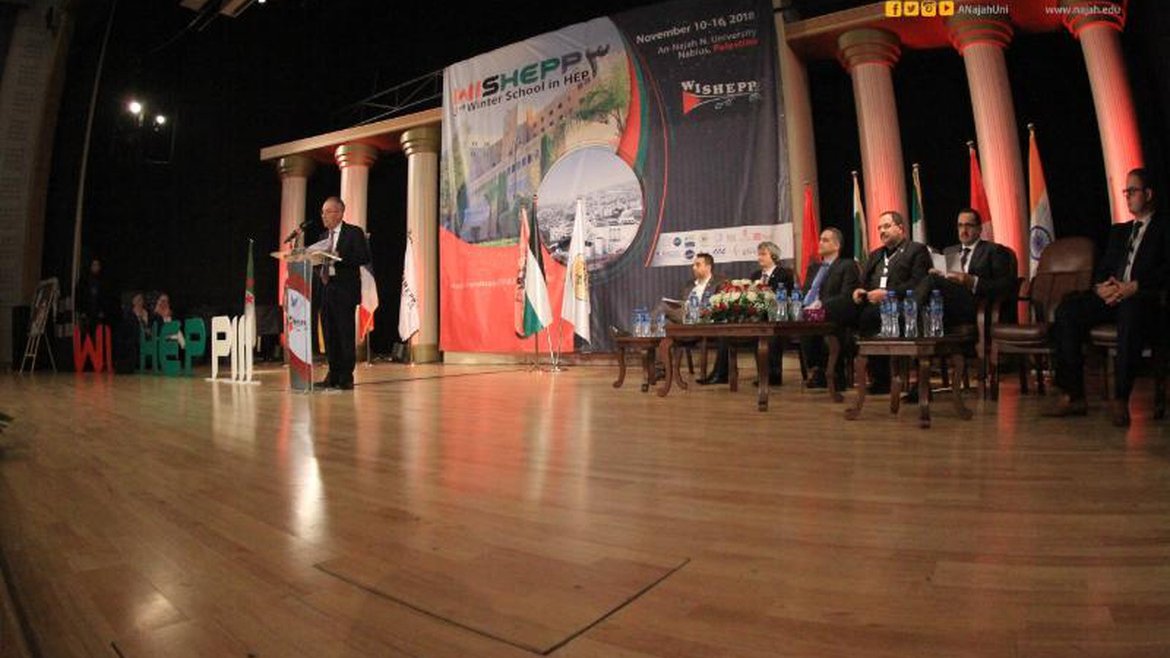 WISHEPPIII is sponsored by the Consulate General of France in Jerusalem and CERN and supported by the Welfare Association and Bank of Palestine. 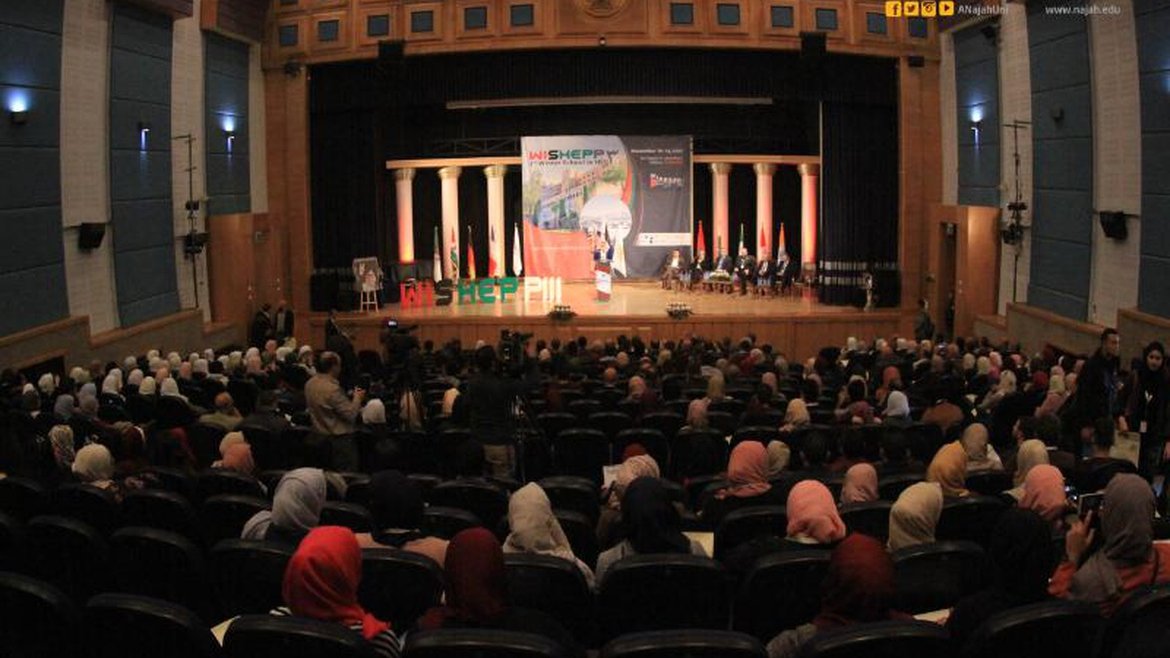 The idea of WISHEPP came from Dr. Bassalat who worked on this project during 2015 in cooperation with Prof. Stocchi. 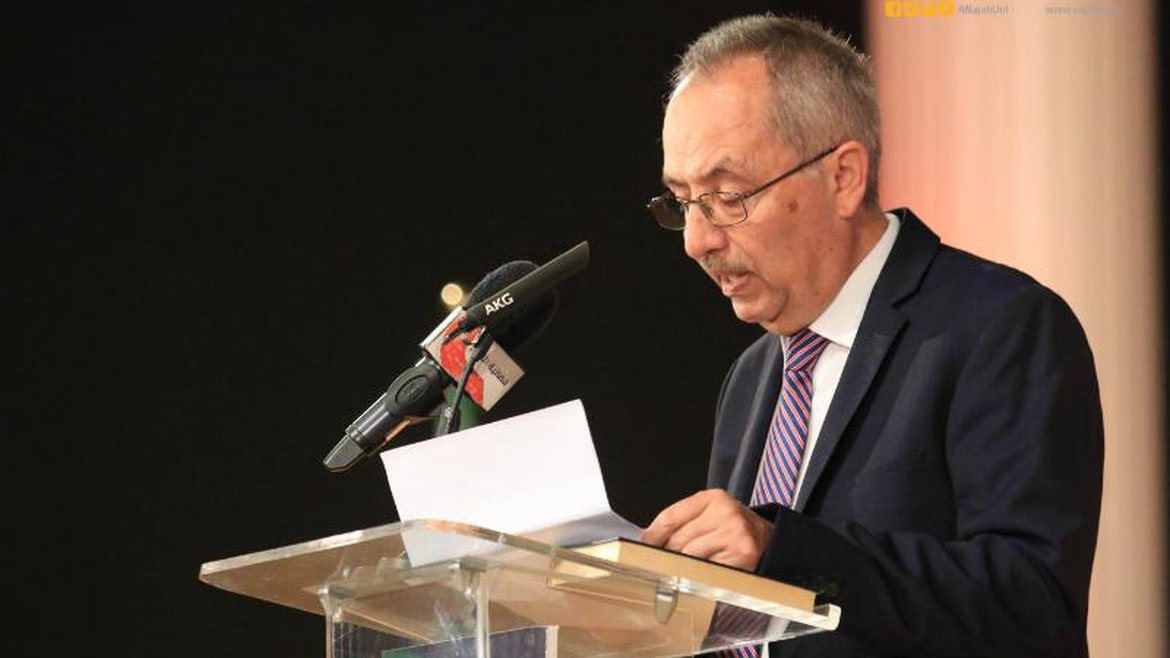 In the opening speech, Prof. Natsheh welcomed the attendees and paid tribute to everyone who contributed to the Winter School success. 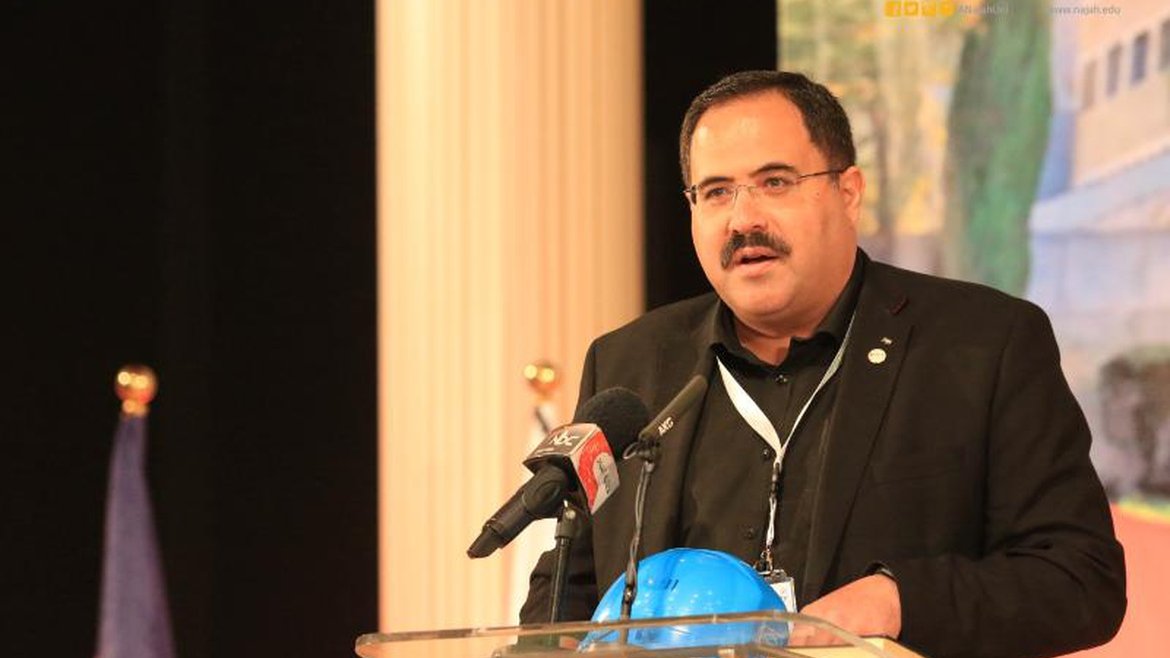 Dr. Saidam referred to the importance of visiting CERN and learn about the students' efforts there and invited the attendees to dive deep into the science of high energy physics. He also stressed the importance of hosting school students to this event and transferring the Winter School idea to all Palestinian universities. 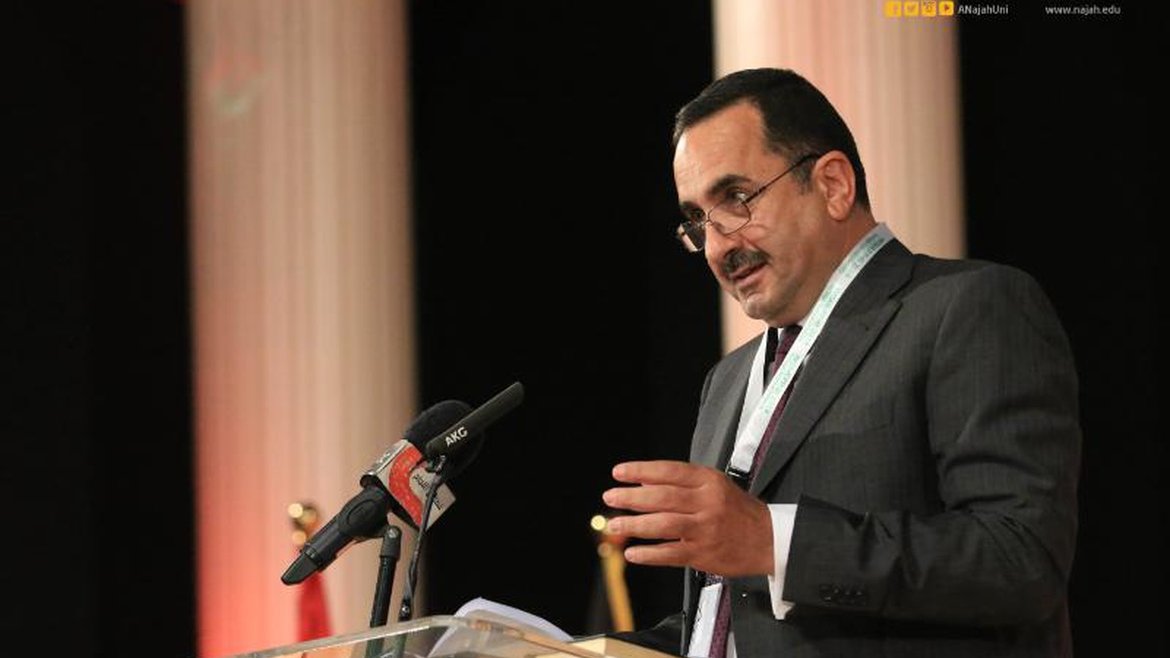 In his speech, Eng. Melhem conveyed the Prime Minister's greetings and thanked the event organizers and supporters for their efforts. He talked about the development of the physics programme since the establishment of the Winter School and referred to the enhancements made by the Energy and Natural Resources Authority on different levels. 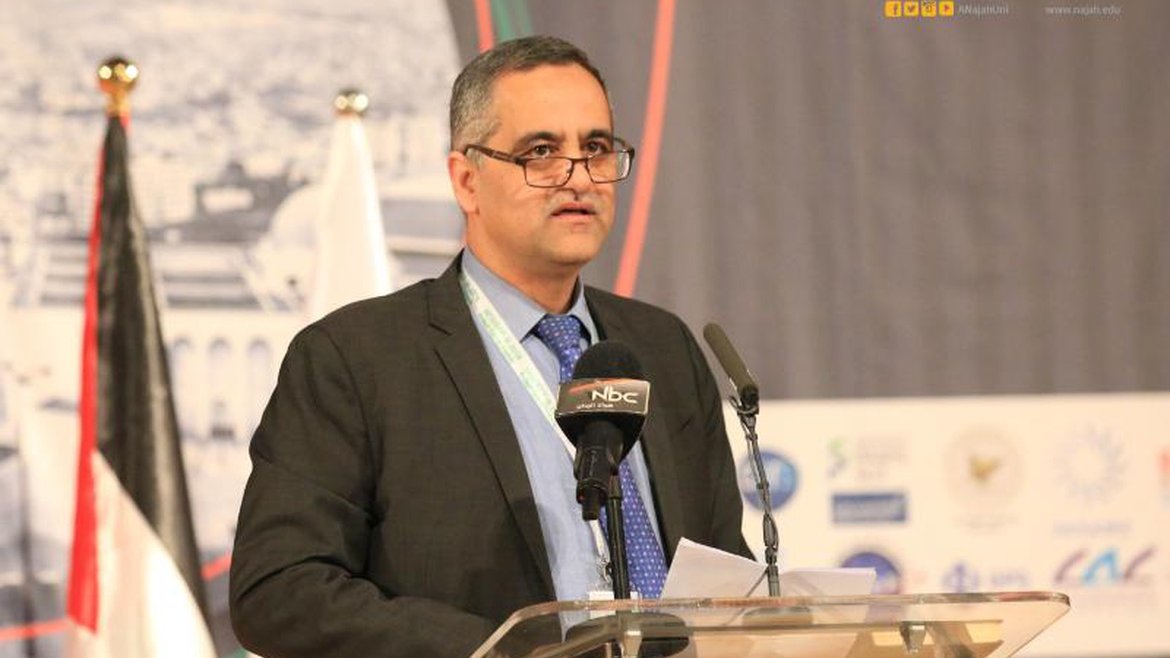 Dr. Mousa talked about the importance of high energy physics and its relation to telecommunication and information technology and said: "This initiative includes international elite specialists in physics and involves school and university students as well. Thus, holding this conference annually offers new prospects and recommendations that minimizes the gap between the youth and this discipline." 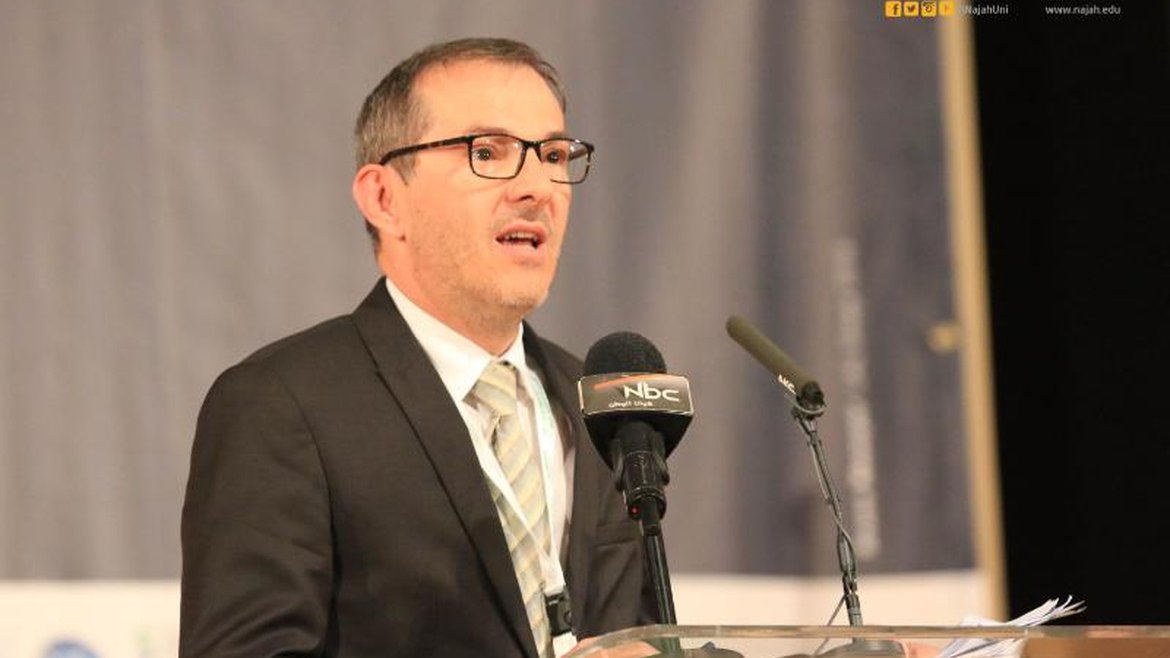 The Head of the Cooperation Office of the French Consulate, Mr. Jean-Luc LAVAUD said that this event is a new step towards excellence for the Physics Department, and it reflects the strong relationship between France and Palestine. He added that the French Consulate aims to create cooperation links with all Palestinian institutions of higher education. 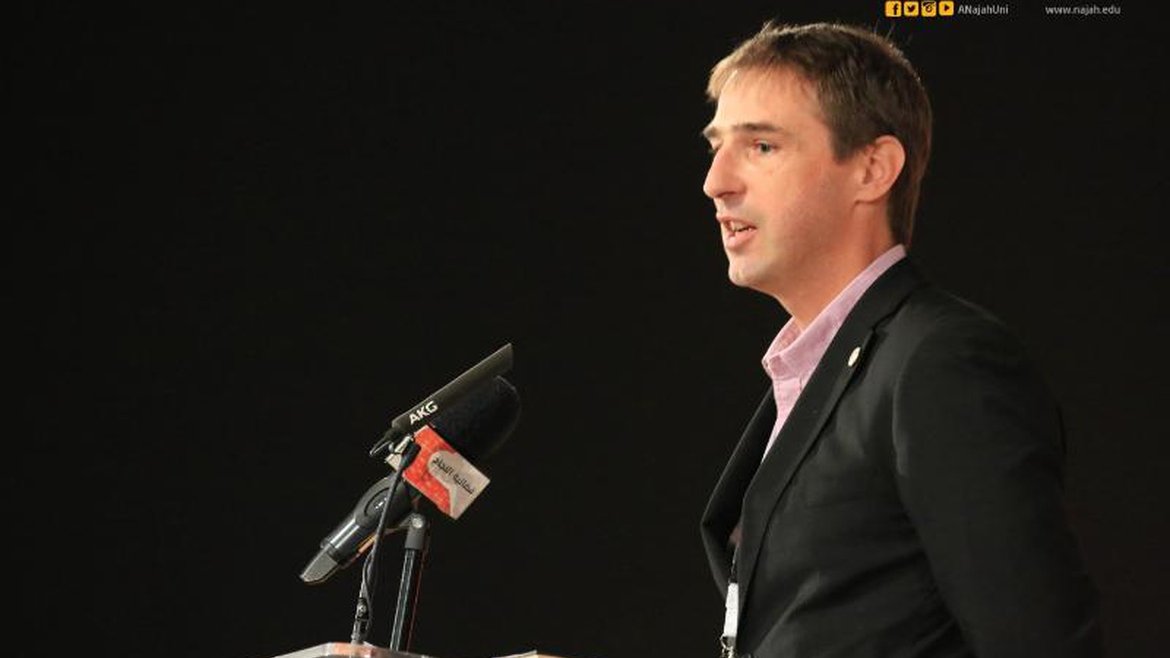 In turn, CERN Representative Dr. Martin Gastal referred to the distinguished cooperation endeavors that resulted in the three winter schools as well as the efforts made to involve students from Gaza in the event. He also talked about the logistic support CERN is planning to offer An-Najah regarding high energy physics. He finally commended the students' performance who have been part of the three winter schools. 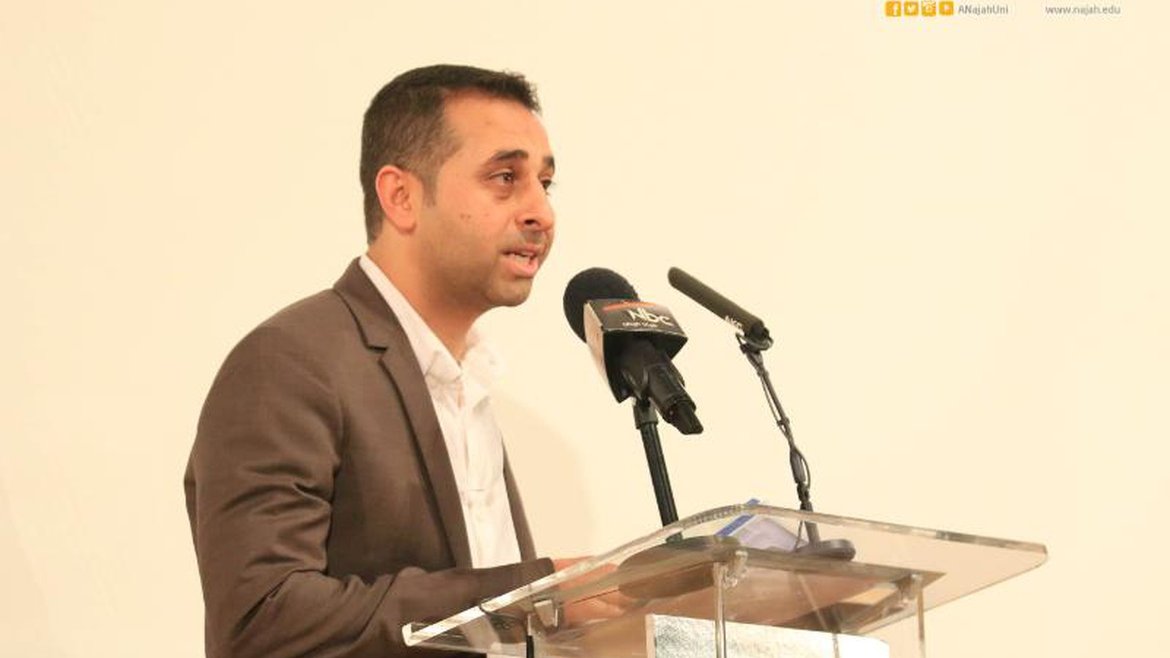 Dr. Bassalat, Chair of WISHEPP talked about the achievements of the previous schools. He reported that, via WISHEPP 25 scholarship  has been already awarded to students from the Physics Department at Bachelor and Master levels.

He announced that the University obtained 250 thousand Euros fund that covers scholarships for 50 students for the coming couple years. He also referred to an implementation project of a centre of excellence of high physics in Palestine. 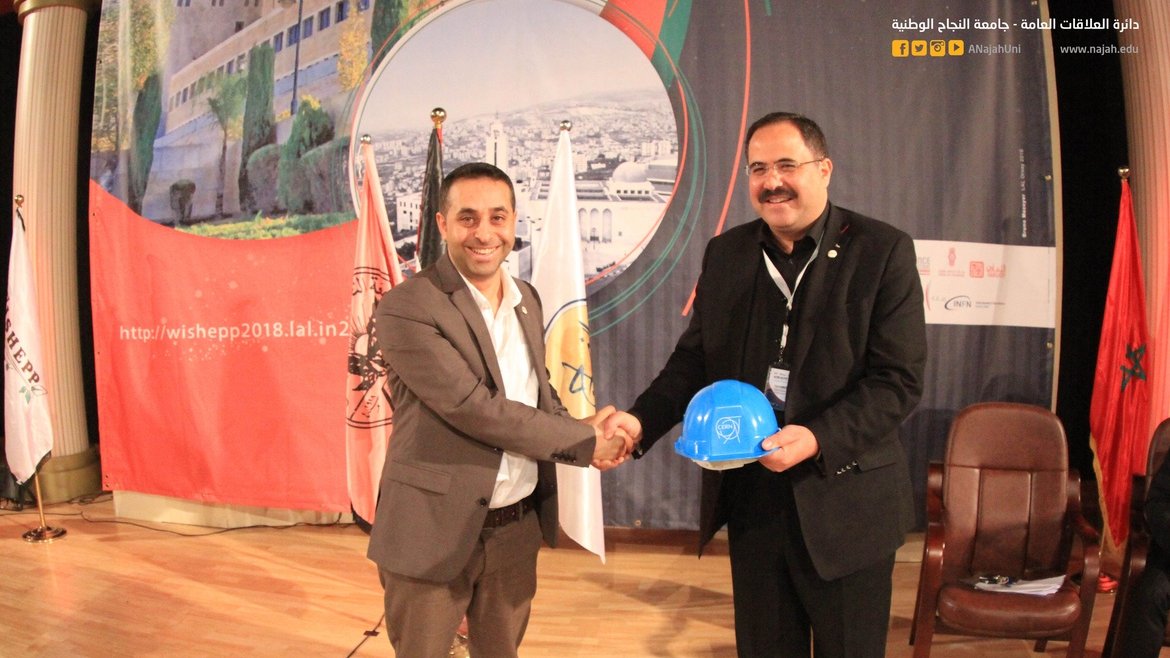 And with assistance from Dr. Saidam, Dr. Bassalat announced the launch of a national programme that aims to dispatch outstanding school students and teachers to CERN and LAL.

Finally, Dr. Bassalat exhibited a short video that included speeches by physics students dispatched to LAL, CERN and others. The students talked about their experience and its benefits. The inauguration ceremony also included a presentation given by Prof. Stocchi on Particle Physics. He also talked about the strong cooperation between LAL and An-Najah which resulted in having several Palestinian students at LAL labs to conduct MSc and PhD research theses. 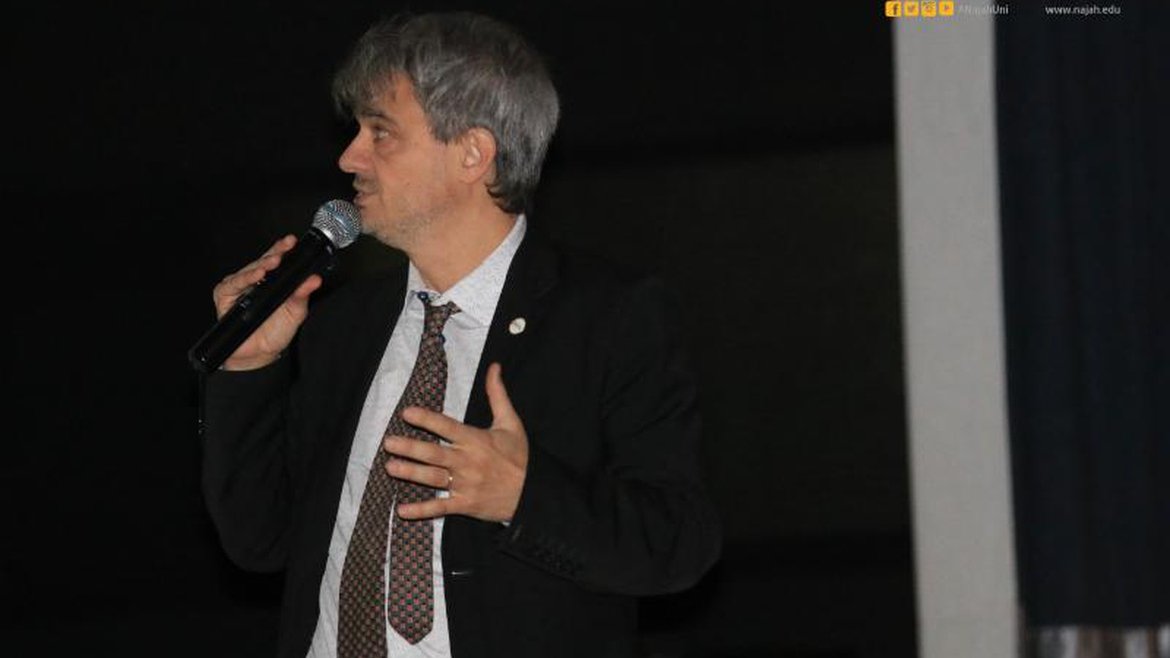 Dr. Ishtaiwi mentioned that the event aims to open possible communication and cooperation with the entire world including the participating prominent institutions of Paris Sud 11 University, CERN in Switzerland and INFN in Italy and encourage school students to enroll in physics programmes. 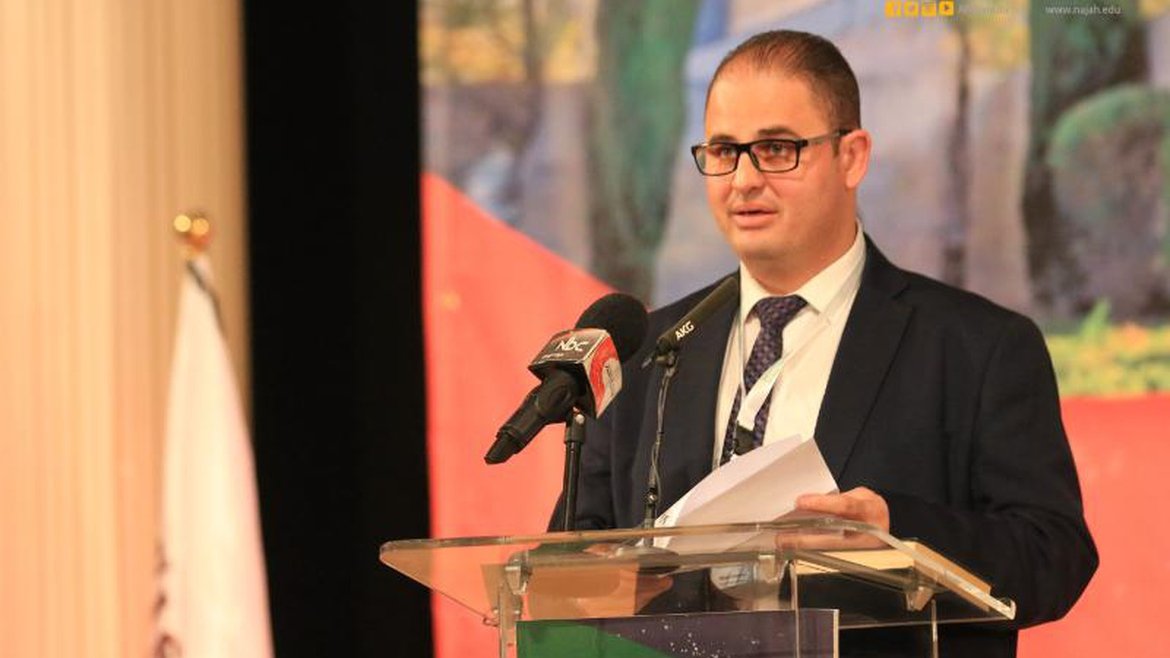 As part of the Winter School, the Physics Department and CERN organized the Strategic Communications Planning Workshop. The workshop was given by experts James Gillies, a member of CERN's Strategic Planning and Evaluation Unit and Noemi Caraban, an audiovisual producer with a technical background in audiovisual direction. Caraban has been working as a videographer, photographer and media producer at CERN since 2013. The workshop took place at the Korean Palestinian IT Institute of Excellence in the New Campus and targeted Palestinian journalists and media graduates.

This year Winter School will include other important activates over a week. To see the Winter School activities, please visit the link: