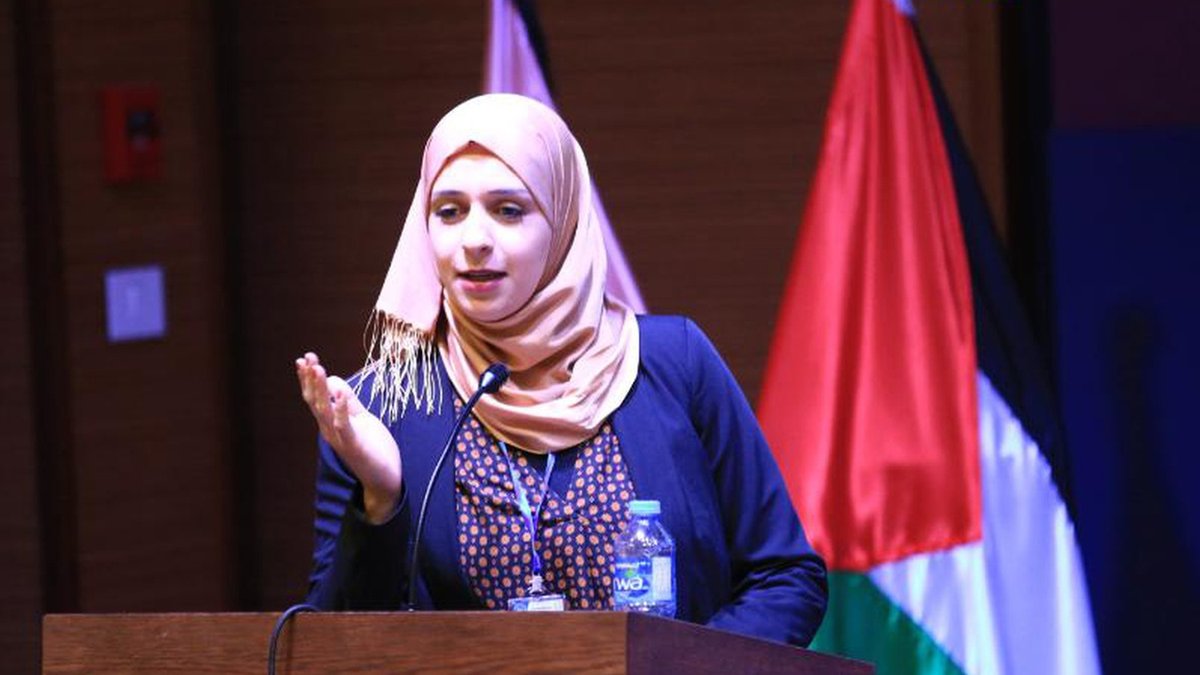 A synchrotron is a particular type of circular particle accelerator, descended from the cyclotron, in which the accelerating particle beam travels around a fixed closed-loop path.

Scientific research in physics is taking a new path in Palestine. Students enroll in the physics department not only to become physics teachers, but also to be experienced scientists in synchrotron radiation and others. These opportunities are supported by An-Najah National University.

Dr. Hadil Abualrob is a leading professor in this area. She's a Palestinian woman bearing a heavy responsibility towards her people and her homeland.

Dr. Abualrob obtained her BSc degree in physics from An-Najah. Her academic excellence paved the way for her to be a Teaching Assistant there. She obtained her MSc degree in Optics from Paris-Sud University, Orsay and the Institut d’Optique Graduate School, in France. She performed her doctoral research on constructing wigglers and studying their effects on the stored beam dynamics at SOLEIL Synchrotron in France. She obtained her PhD degree in accelerator physics from Paris-Sud University and resumed her duties at An-Najah as an Assistant Professor, employing her experience in performing magnetic measurements and studying accelerator physics to promote technology and knowledge transfer to create collaboration between synchrotron light sources in the world and An-Najah. 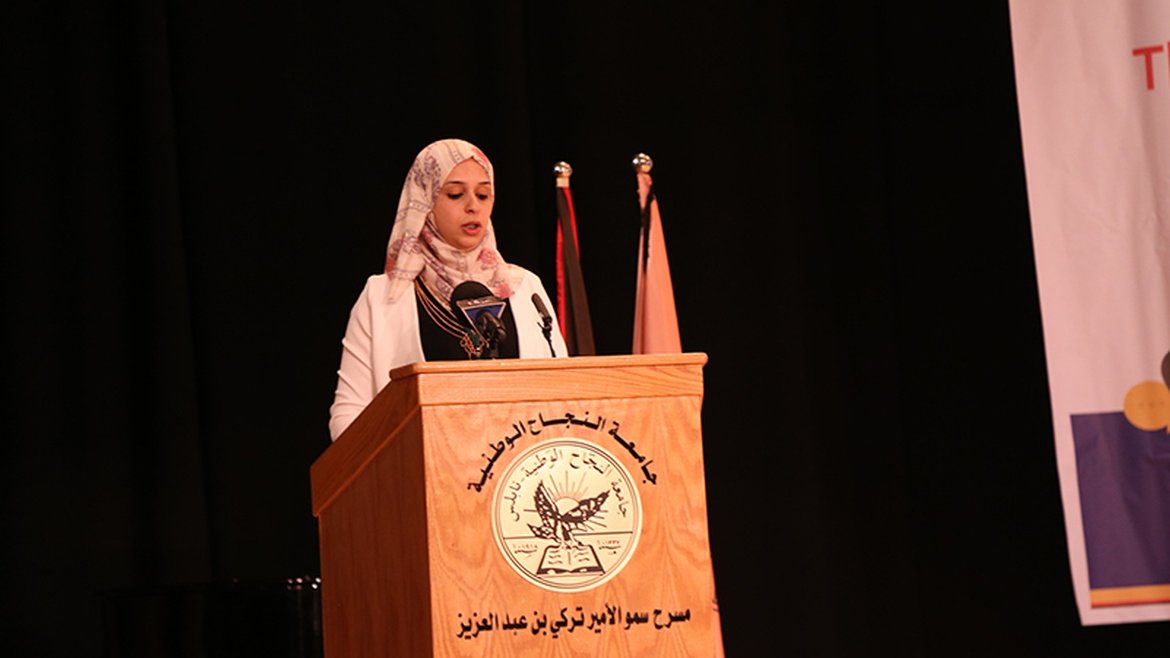 What is synchrotron radiation?

As an accelerator physicist, Dr. Abualrob defines synchrotron radiation as electromagnetic radiation produced when accelerated charged particles (usually electrons) travel through a magnetic field perpendicular to their direction of motion. She added that synchrotron radiation is multidisciplinary as it is used in biology, pharmacy, medication, archeology and cosmetics as well as other disciplines.

What is your role in synchrotron?

For the Middle East, there is the Synchrotron-Light for Experimental Science and Applications in the Middle East (SESAME), an independent laboratory located in Allan near to Amman in Jordan, created under the auspices of UNESCO on May 30, 2002. She said: "Palestine is a member state at SESAME. We have to conduct the research there and benefit from its near-location rather than travelling to Europe for this purpose."

She added: "When we talk about synchrotron we talk about two different but completely linked sides. The machine part, which is the accelerator itself, dedicated for radiation production and the experimental part, which is the beam lines, dedicated for the use of the produced radiation through the beam lines (users part); I'm contributing to both sides. However, my main role and interest is the accelerator itself."

The first dispatched proposal from Palestine to SESAME

Dr. Abualrob, in collaboration with other colleagues from SESAME, physics department and the Water and Environmental Studies Institute (WESI) at An-Najah defined a project related to water pollutants, a first master thesis which will be defended soon. After collecting and studying the samples at An-Najah's WESI using conventional sampling techniques, the student took the samples and studied them at SESAME using conventional Infra-Red sources.

It was the first time where water pollutants in Palestine were studied in a synchrotron  rather than conventional methods.

In collaboration with Dr. Ahmed Bassalat from the physics department, she led many actions in order to raise awareness about Synchrotron and SESAME in particular. She organized a visit for physics students to SESAME to learn about SESAME and its applications. Back then, Dr. Abualrob was nominated as the contact body between SESAME and An-Najah. After that, many important milestones for SESAME took place in Palestine such as organizing the first international workshop on synchrotron radiation and applications in April 2017 and recently the second extended-version in March 2019. The workshop showed what a synchrotron is from the accelerator side and introduced potential applications of synchrotron radiation; that is which kind of experiments can be performed at a synchrotron. Many international experts from SOLEIL (France), DIAMOND (Oxford-UK) and SESAME (Jordan) talked about their cutting-edge researches. Additionally, local researchers not only from physics department but also from all scientific faculties of An-Najah and other Palestinian universities have been invited to show their research interest and exchange experiences with international experts to start long term collaboration on a wide scale. Recently Dr. Abualrob has been nominated to be member of the Palestinian national committee for SESAME.

After hosting the workshop, Dr. Abualrob came up with the idea of creating a lab in collaboration with SESAME, SOLEIL, LAL and An-Najah at SESAME site. It will be an important pillar for An-Najah to take a real role in SESAME and lead the Palestinian efforts in contribution to SESAME as a member state as well as helping SESAME in such important measurement for better beam performance. 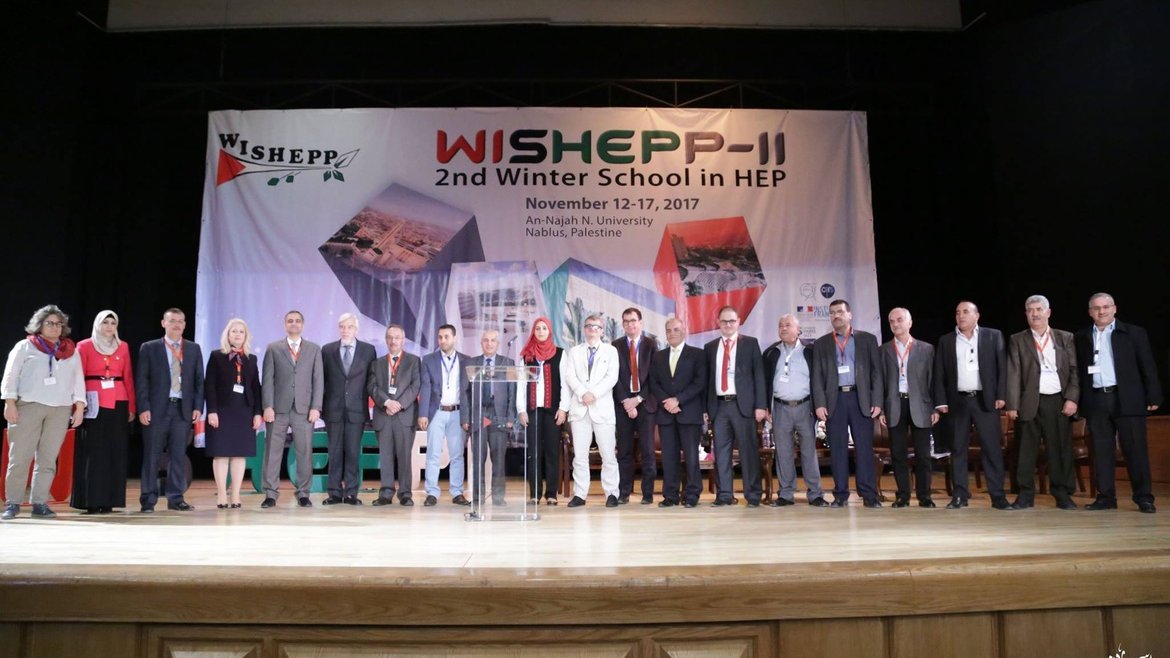 The Winter School of ‎High Energy Physics in Palestine (WISHEPP) is also another success story for the BASSALAT-ABUALROB couple. The school is on yearly basis, it has a large scope and wide spectrum of audience, due to its dynamic program and parallel sessions; it has a far seeing goals. Dr. Abualrob said: "We see the director of SESAME in the WISHEPP advisory board and the main partner is LAL in addition to our colleagues at SOLEIL, so we try to interlink all parties together. In LAL, they have their own lab and ready to collaborate to establish one in Jordan. As an outcome of WISHEPP, we have grants for students to go to France, CERN and to SESAME to do research."

Dr. Abualrob concluded: "Coming back to Palestine was the target since I left Palestine though it was possible for me to stay in France. We have a great university that offers us a lot of support. Coming back was always easy and each time I plan to create collaboration or organize events, I was always welcomed by the university administration. In Palestine, the number of physics students is in decay, but An-Najah maintains a stable number of physics students because of these initiatives and many others. Therefore, I invite all students to join the physics department at An-Najah for they're not only to be physics teachers; they have other opportunities. They are offered several grants where they can go to France, Switzerland and other parts in Europe in addition to SESAME during their study." 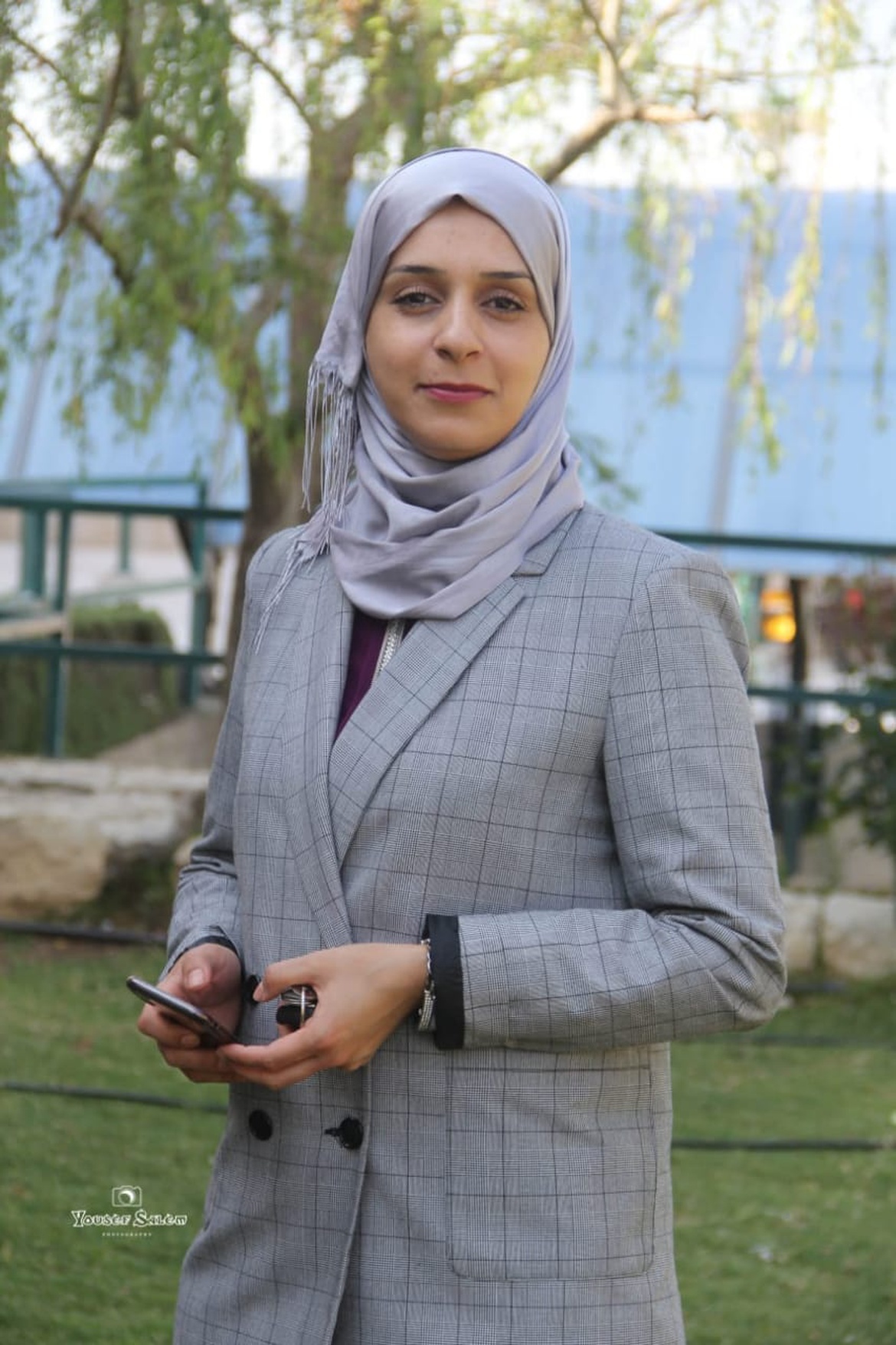