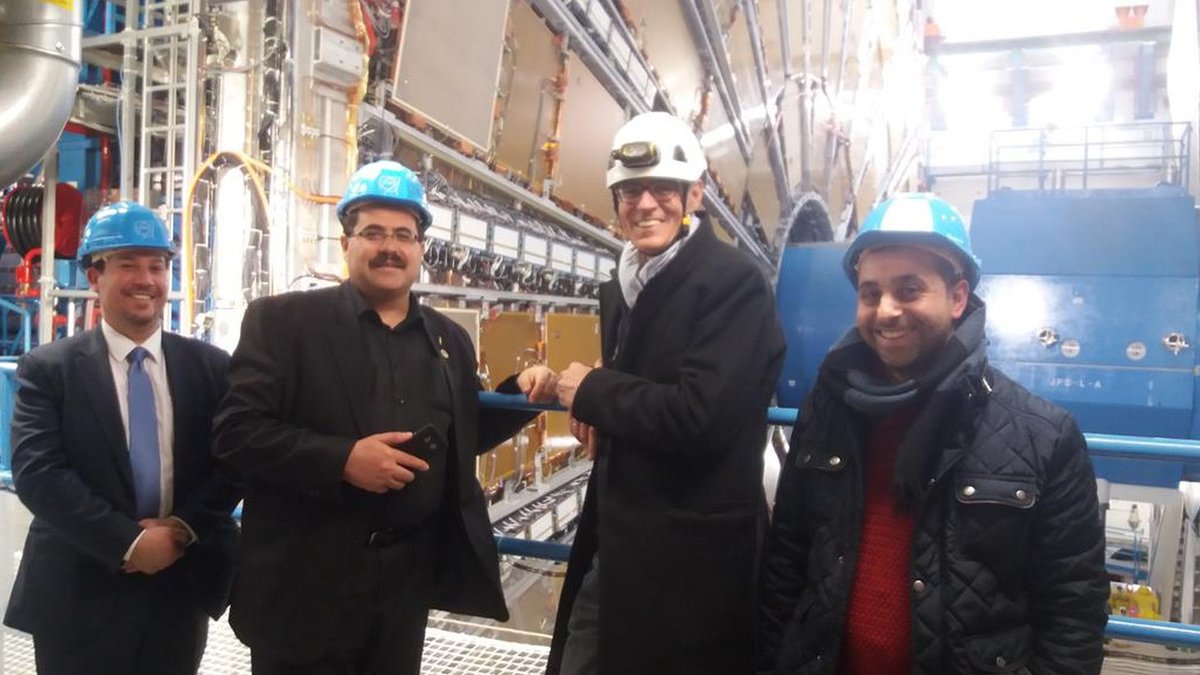 The Physics Department is one of An-Najah's most distinguished departments as it has strong connections with international centres, most important of which is the European Organization for Nuclear Research, known as CERN, a European research organization that operates the largest particle physics laboratory in the world.

Dr. Ahmed Bassalat, staff member at the Physics Department has recently concluded a rewarding scientific visit to CERN. During his visit, he discussed the final terms of the CERN donation to establish the first centre of excellence in high energy physics at An-Najah which is one of the 2nd Winter School of High Energy Physics in Palestine (WISHEPP II) outcomes. 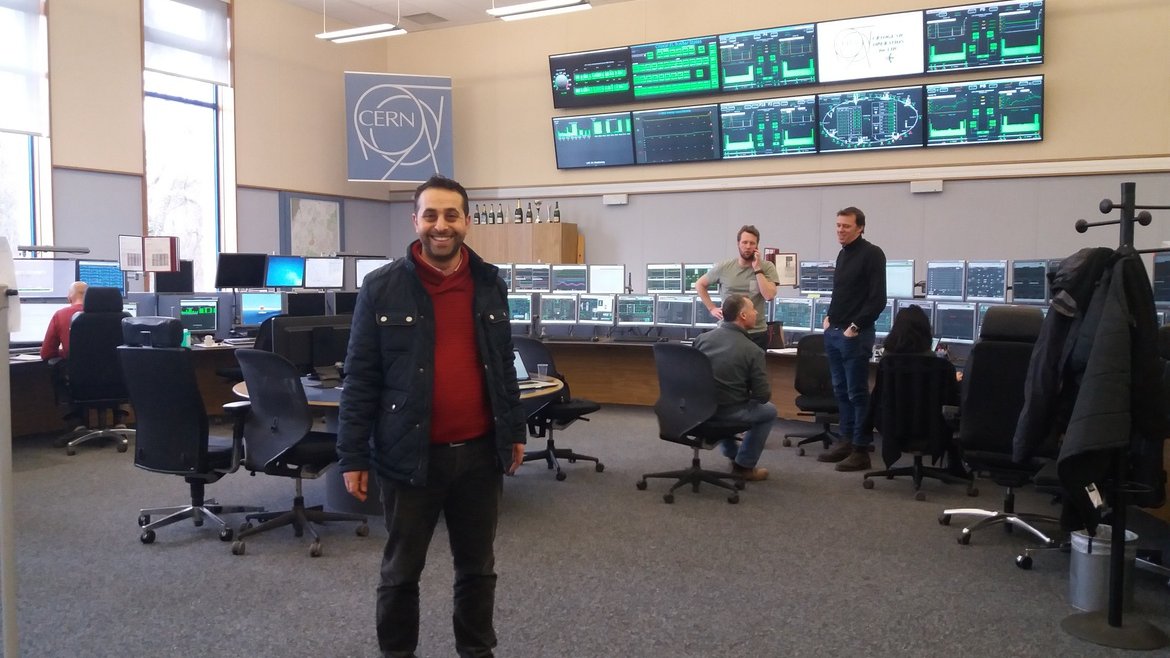 He also discussed holding a training workshop for science and physics teachers in Palestinian schools under the supervision of An-Najah and CERN.

In addition, Dr. Bassalat was informed that student Thara' Turk from An-Najah's physics MSc programme was accepted in a summer programme to CERN. This scholarship will pave the way to Ms. Turk to continue her post-graduate studies in the future and return to An-Najah as a staff member.

One of the most important outcomes of the visit was identifying the ATLAS experiment project which will be discussed at the high energy physics excellence centre at An-Najah.

Dr. Bassalat was accompanied with a delegation from Palestine which included Dr. Sabri Saidam, Minister of Higher Education and Dr. Ibrahim Khraishi, the Palestinian Ambassador to the UN in Geneva to discuss further means of mutual cooperation.