An-Najah's Participation in the French-Palestinian Meeting at Campus France 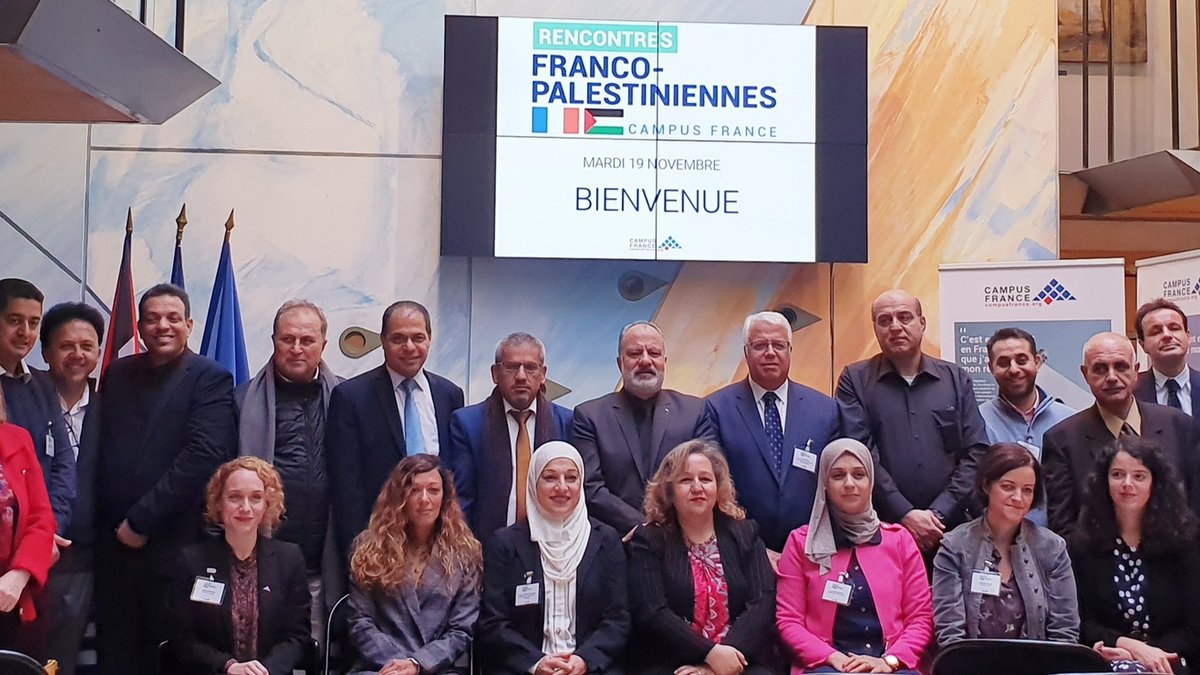 The meeting aimed at formulating higher education and scientific research policies in Palestine within the scope of the French-Palestinian cooperation.

Dr. Abualrob talked about An-Najah's most significant achievements as it was ranked first in Palestine according to recent QS Ranking results. She also shed light on Al-Maqdisi Program 2019, which is the essence of the French-Palestinian cooperation in research and academic fields.

For his part, Dr. Bassalat discussed the significant role of the French Consulate and French institutions in supporting the Physics Department and the Faculty of Science at An-Najah referring to the French support of four versions of the Winter School of High Energy Physics in Palestine (WISHEPP). He added that over 100 students and researchers have been exchanged over the past three years, and WISHEPP IV resulted in the opening of the Center of Excellence in High Energy Physics; first of its ‎kind in Palestine.

The meeting was also attended by the Palestinian Ministry of higher Education and representatives of Palestinian and French universities.