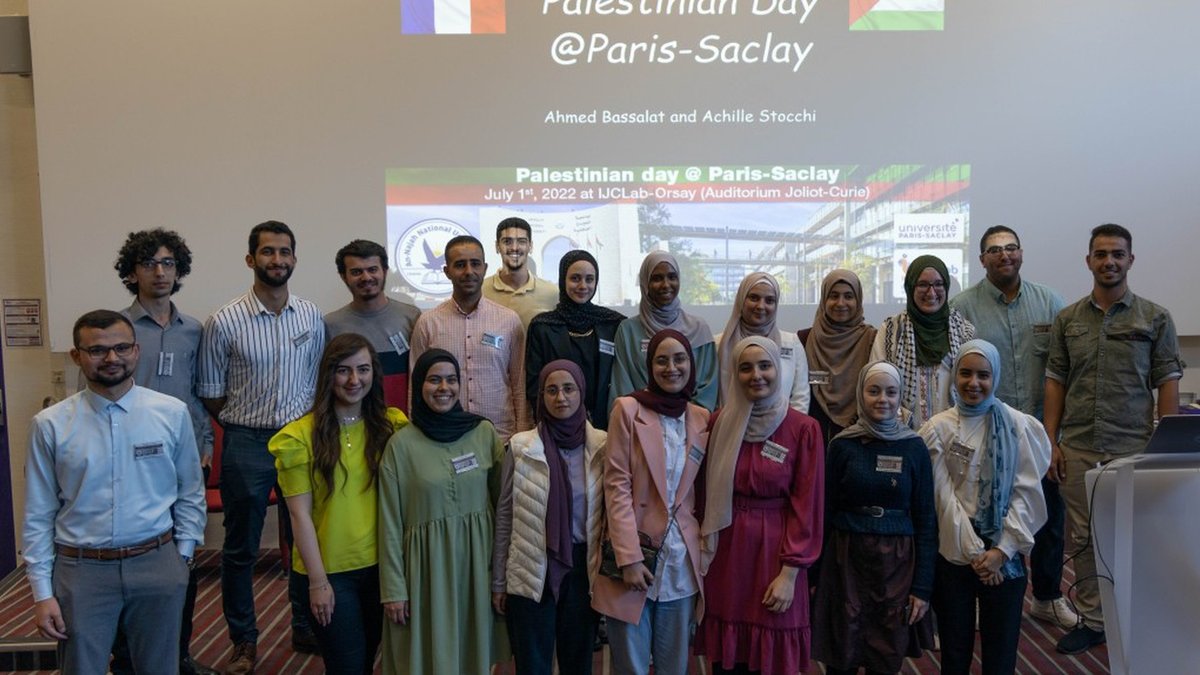 Under the supervision of Dr. Ahmed Bassalat, Assistant Professor in the Department of Physics at An-Najah National University, Visiting Researcher at IJCLab, and Head of the Winter School in High Energy Physics in Palestine (WISHEPP), students from An-Najah presented a number of outstanding scientific posters and presentations, as part of the Palestinian Day at Paris-Saclay’s activities which were organized by An-Najah in cooperation with the University of Paris-Saclay in early July.

The strong collaboration between Paris Saclay University and An-Najah University resulted in the Winter School in High Energy Physics in Palestine (WISHEPP) which has been organized annually since 2016 at An-Najah University. WISHEPP includes series of lectures, short seminars, specialized and hands-on sessions presented by several professors from Paris Saclay and other European institutions. 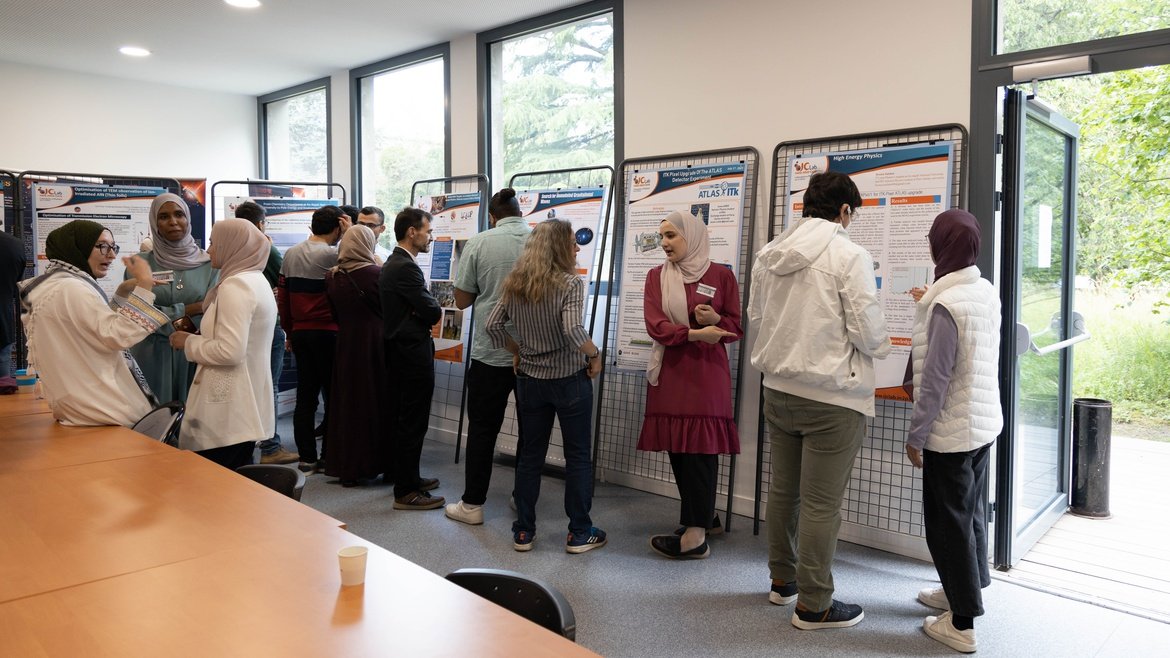 Through WISHEPP, An-Najah University obtained funding that covered more than 100 scholarships for its students from the Faculty of Science, and the Faculty of Engineering and Information Technology at Bachelor, Master and PhD levels over the past seven years. Currently, there are more than twenty-two students from An-Najah studying at Paris-Saclay University  in physics, chemistry, mathematics, civil engineering, electrical engineering, and mechatronics engineering. 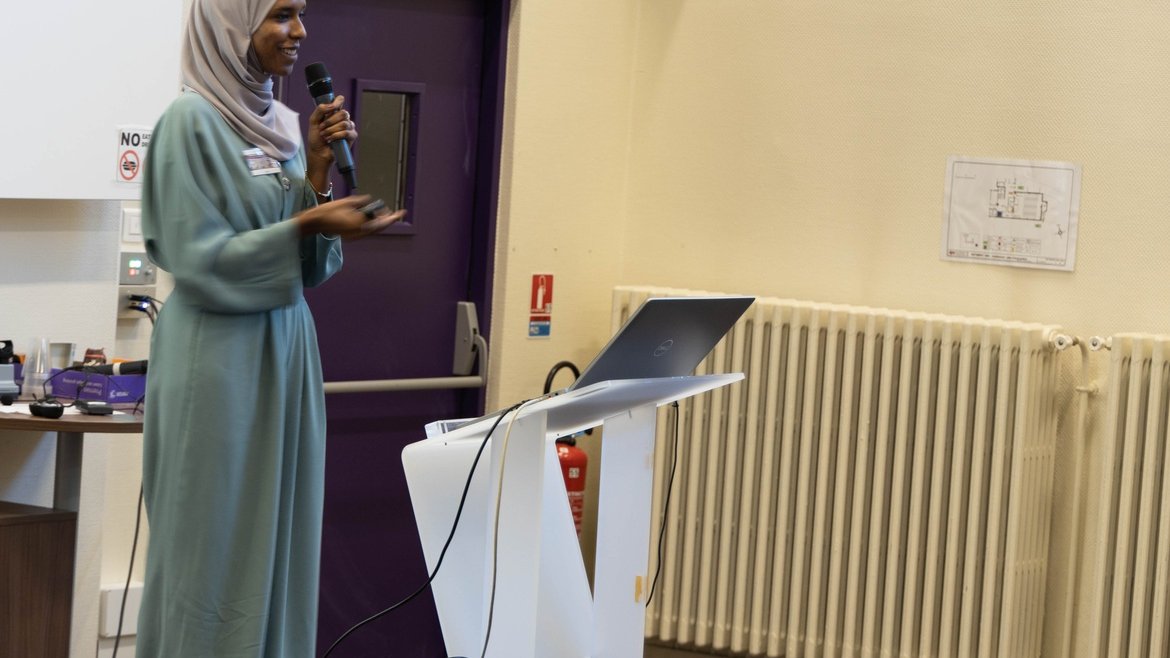 8 PhD students from An-Najah presented their work as a major accomplishment of the strong cooperation between An-Najah and Paris-Saclay University through the Winter School. The presentations were given by An-Najah students who were dispatched to the University of Paris Saclay to conduct joint research or to complete their PhD.

Student Thara Turk, who is finishing her PhD in physics at the University of Paris-Saclay, gave the opening presentation. Turk was one of An-Najah’s Department of Physics’ top graduates. The topic of her presentation was titled: "A Journey to the Beginnings of the Universe with The Great Hydrodynamic Acceleration." 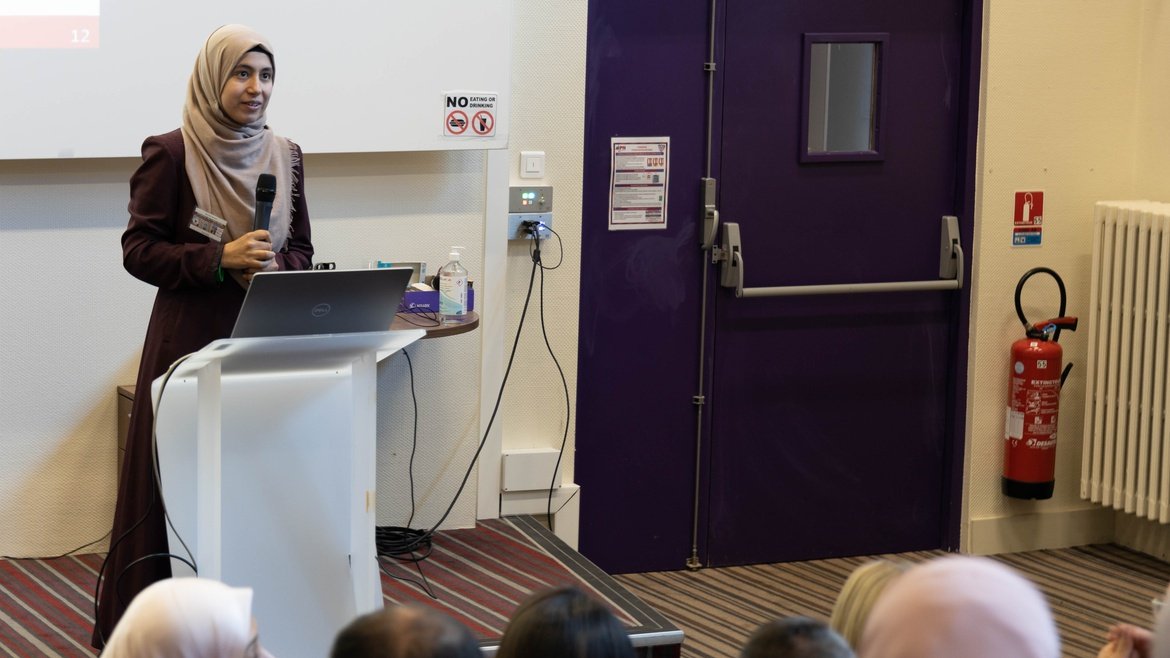 Yahiya Khoira, a student who is presently finishing his PhD in the physics of primary particle detectors in the Atlas experiment, gave a presentation titled: “From Communications Engineering to Particle Physics at CERN” as one of the significant success stories resulted from WISHEPP and the strong collaboration between Paris Saclay University and An-Najah University. 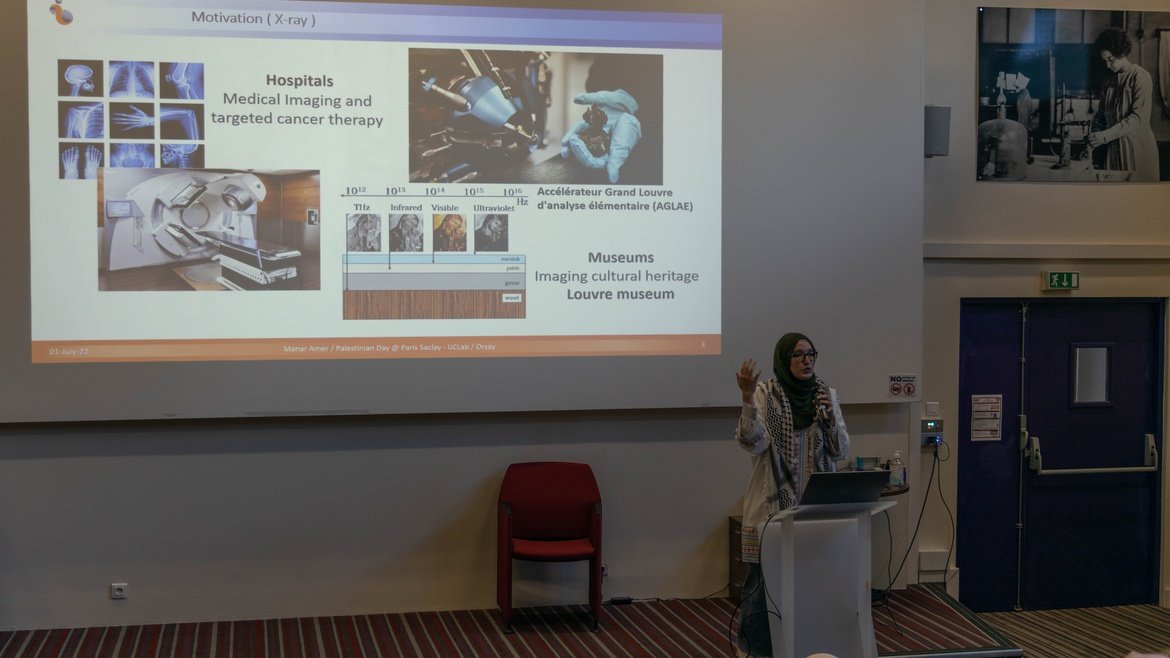 The presentations were concluded by Manar Amer, a PhD student in physics at PSU, who gave a presentation on Laser Electronic Interaction in Accelerators while wearing the Palestinian flag and keffiyeh as inspiration. 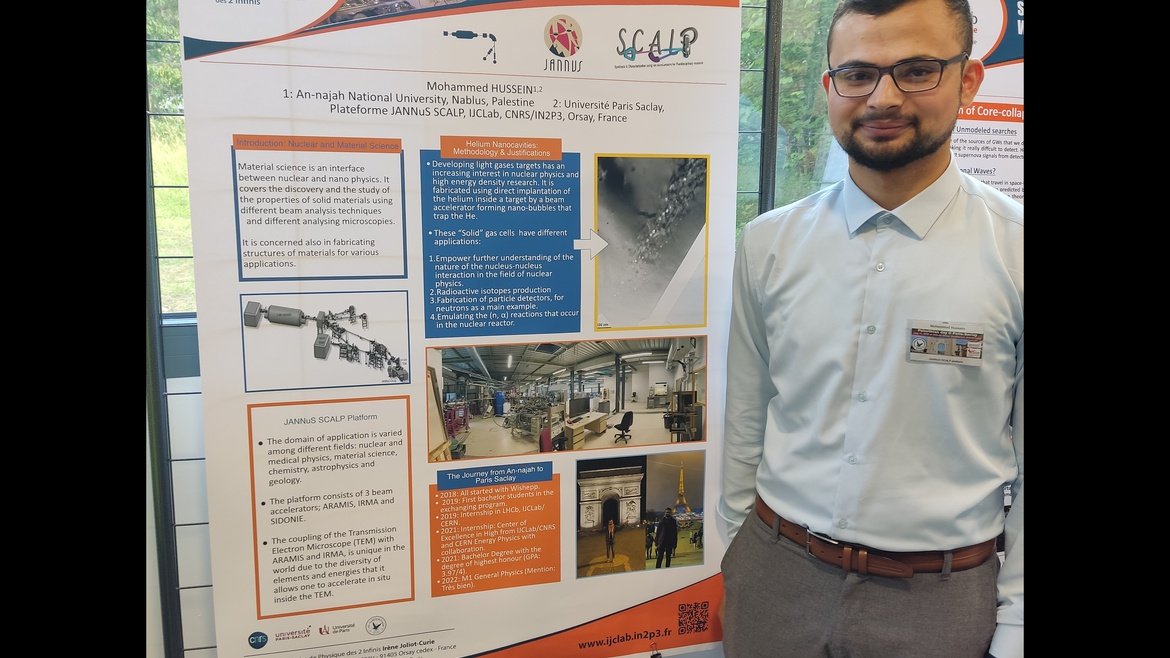 Furthermore, the presentations included screening a video titled: “Contact and Communication at CERN” prepared by student Rima Tamimi who is a graduate of An-Najah University and MA student at the University of Paris-Saclay. 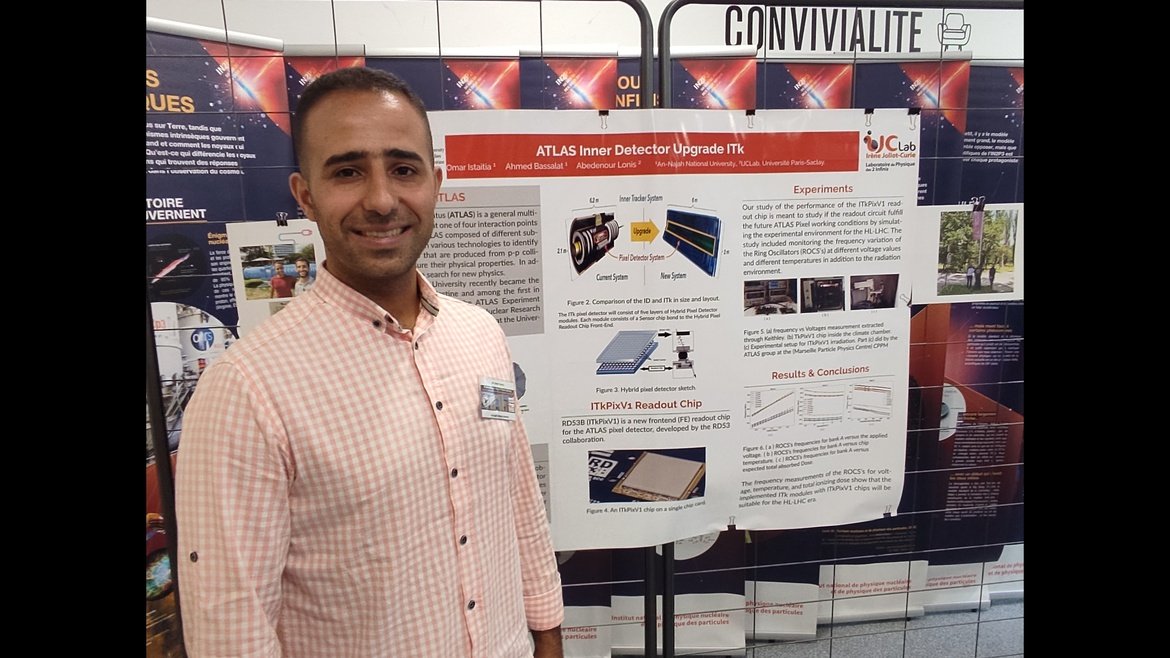 Another 12 posters have been put on display by the students from the University completing exchange semesters at Paris-Saclay University in physics, chemistry, mathematics, civil engineering, electrical engineering, and mechatronics engineering.

To learn more about the posters and their titles in English please click Here. 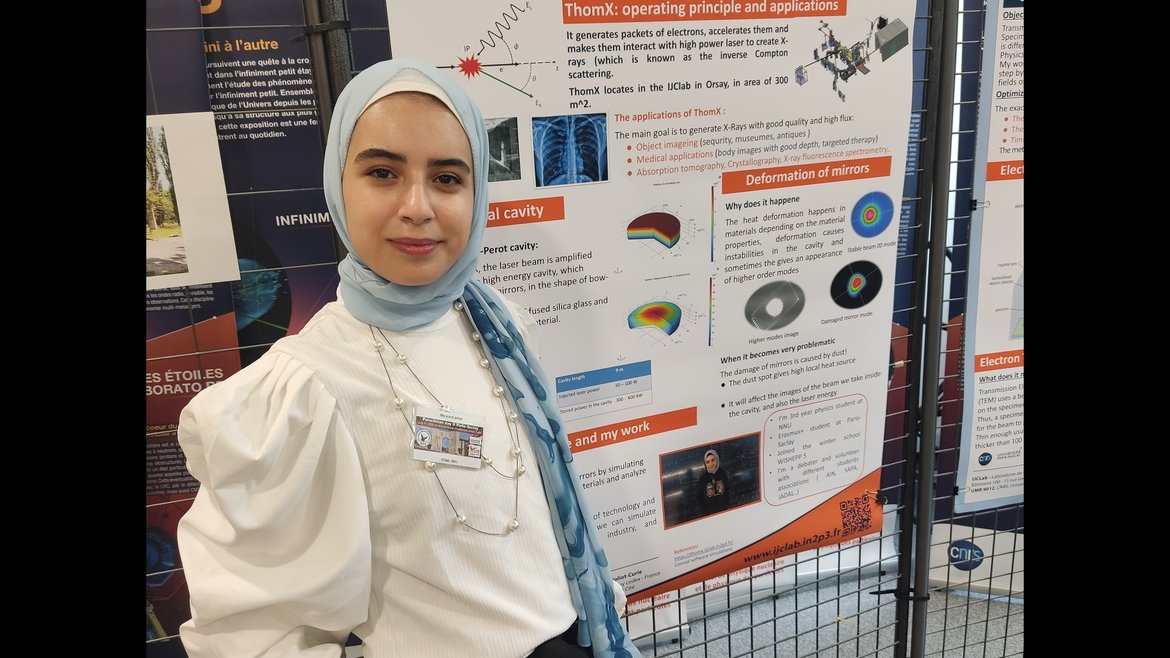 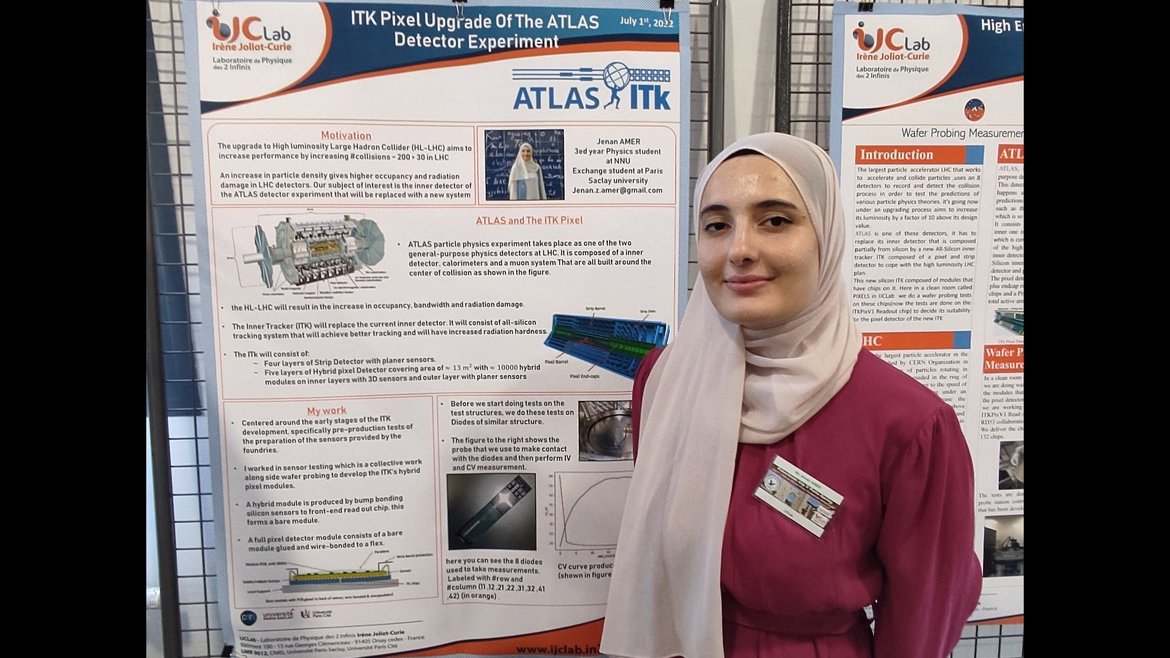 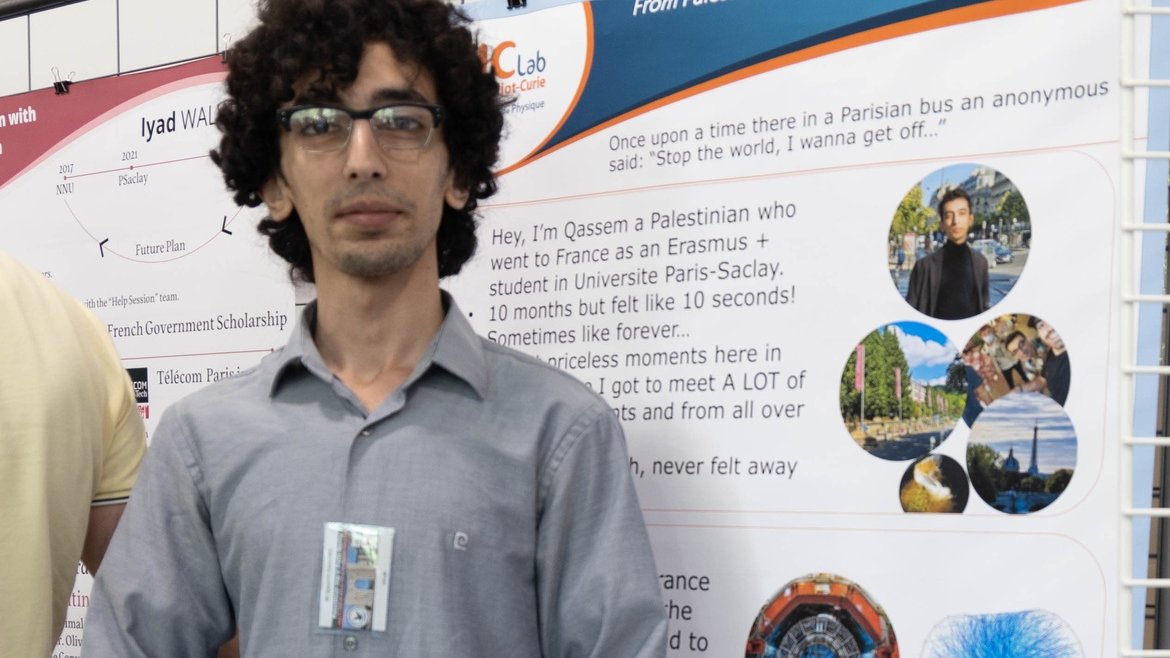 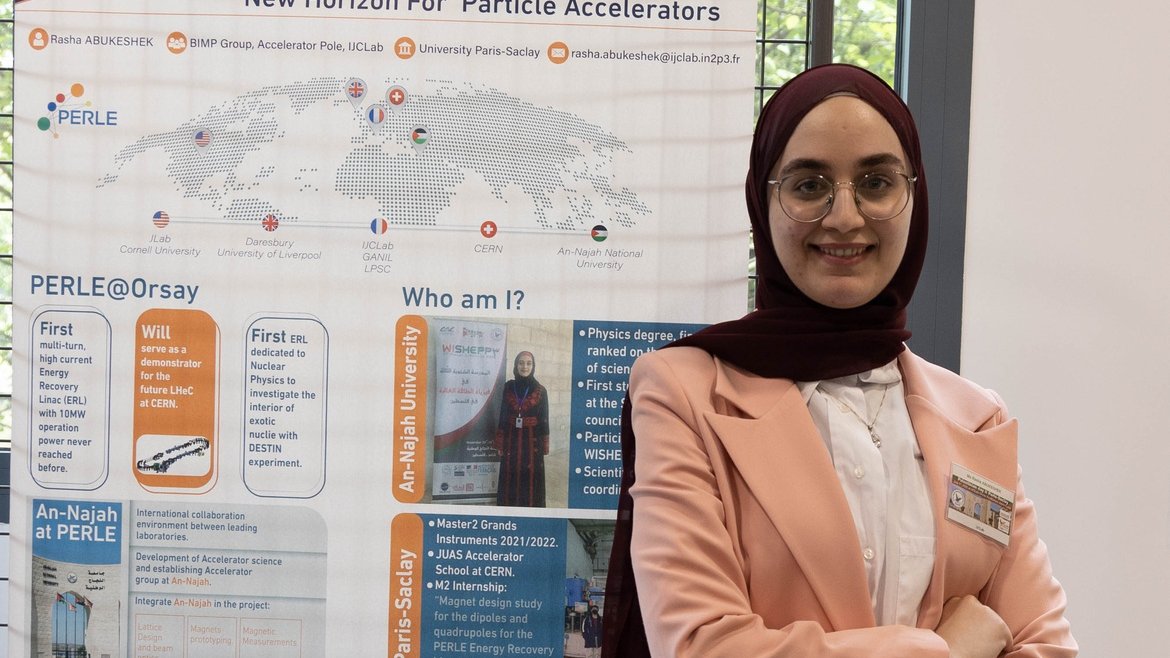 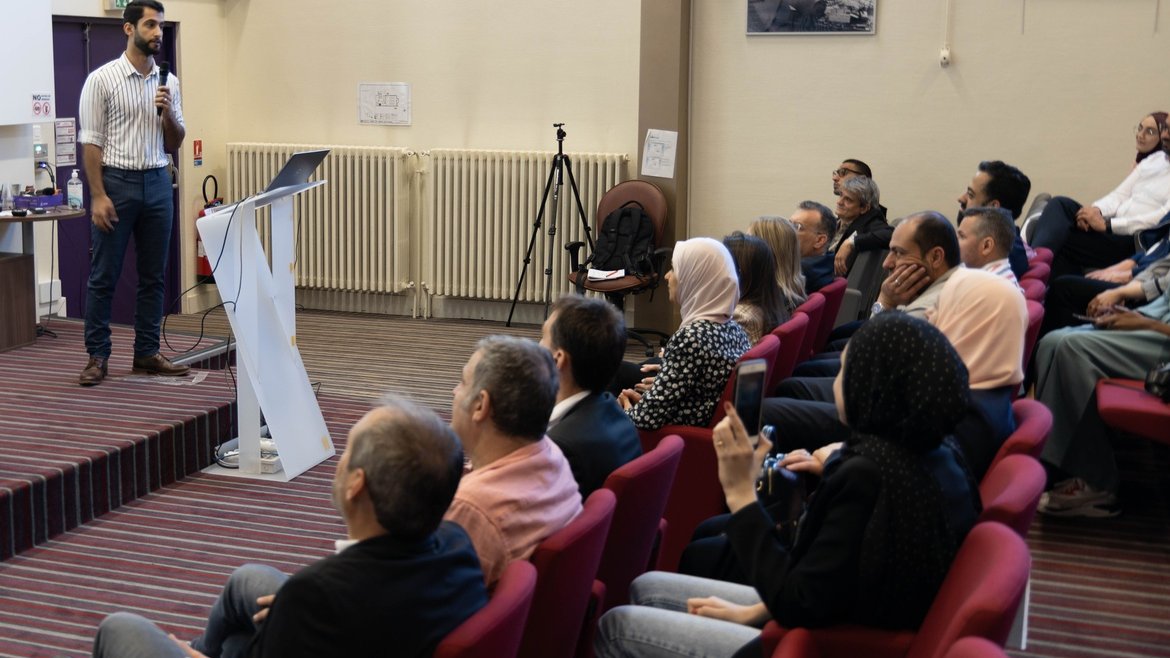 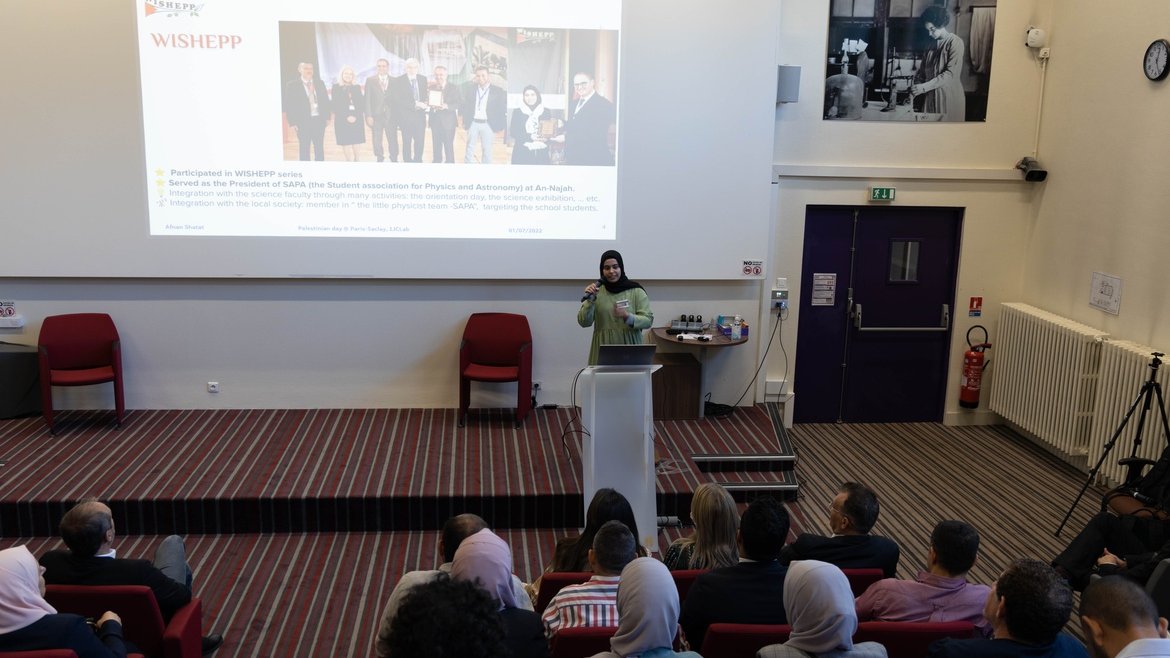 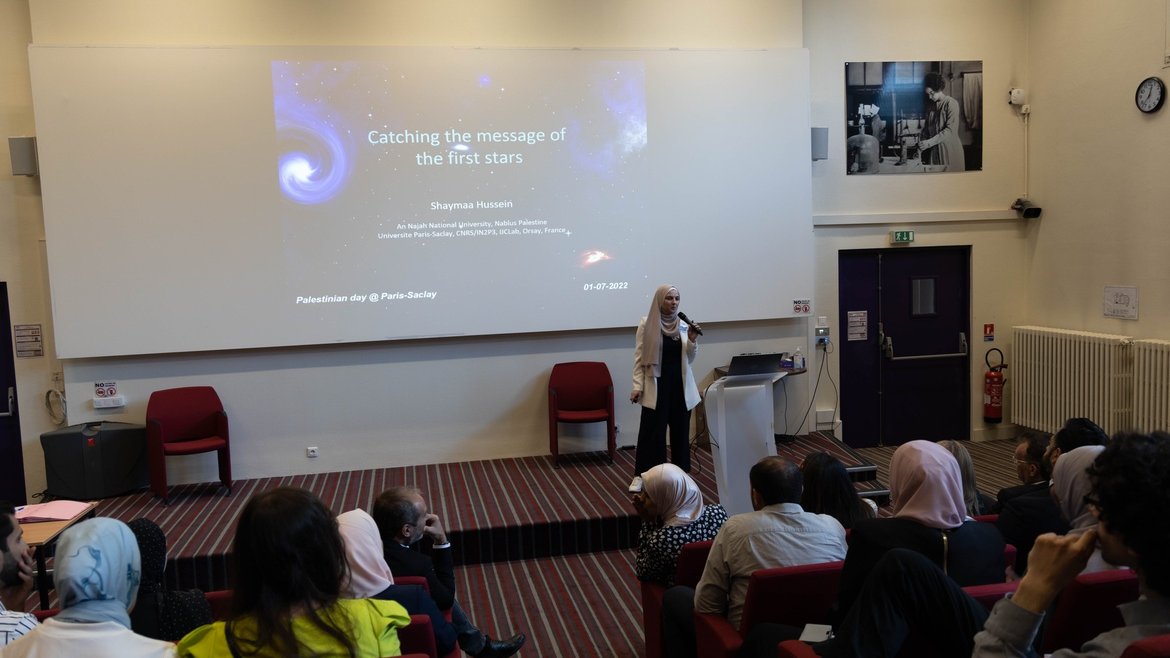 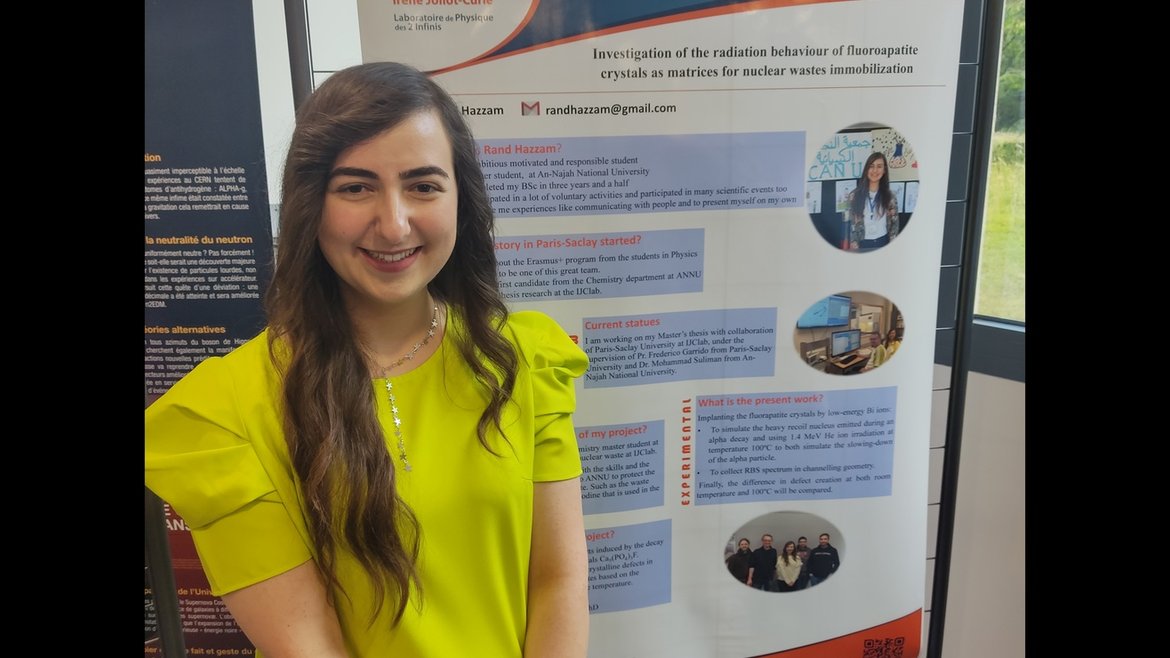 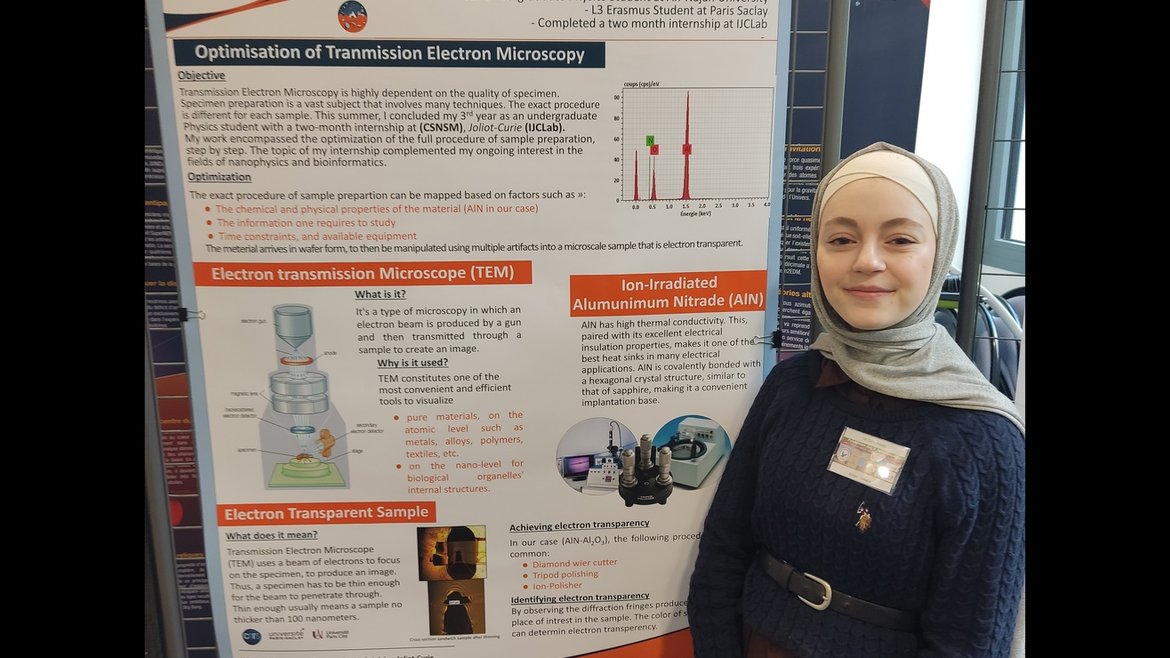 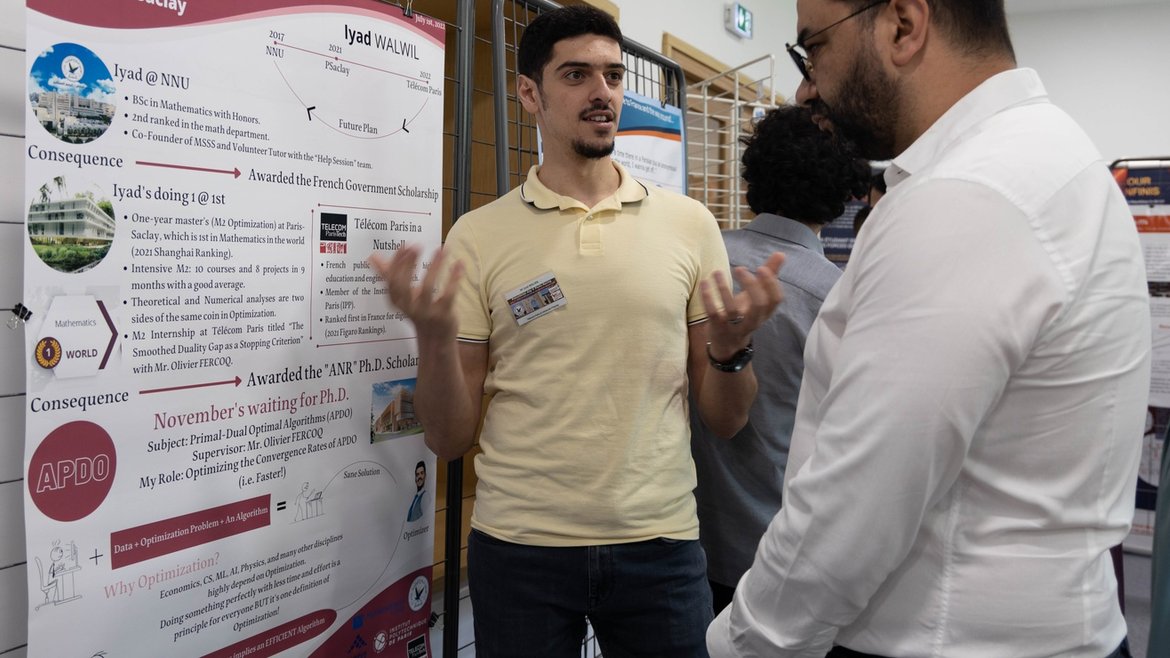