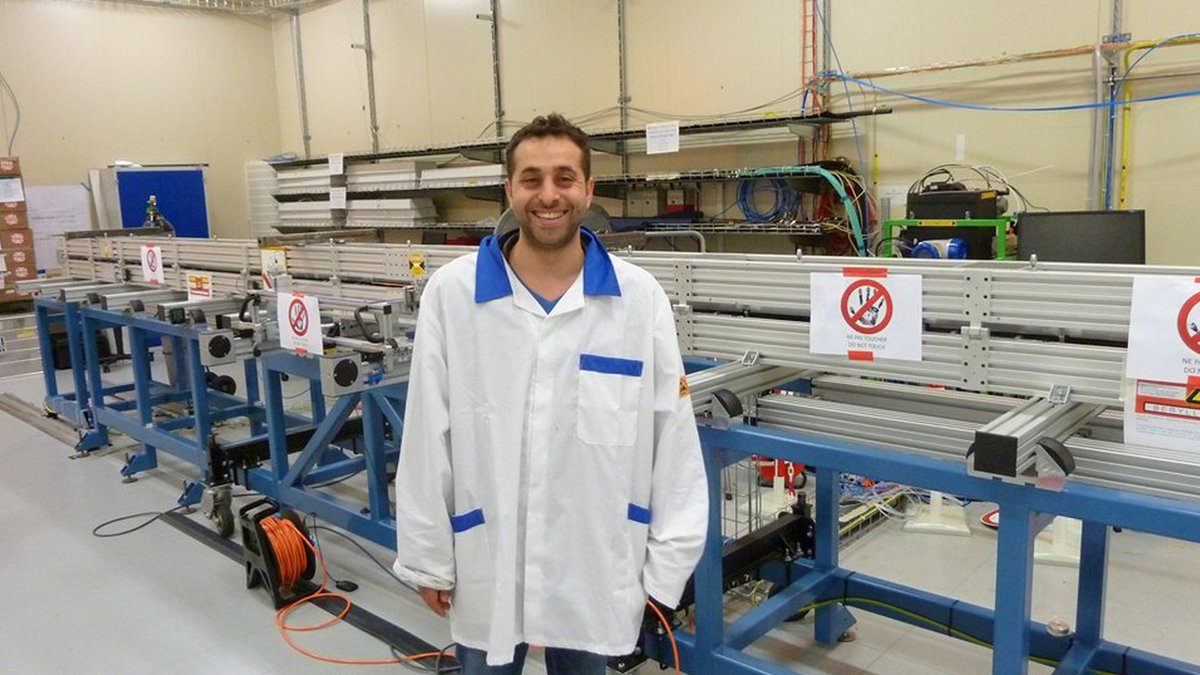 Few days ago the world said good bye to Stephen Hawking, who left a valuable legacy in theoretical physics and cosmology.

An-Najah National University's Physics Department is one of the most active departments which is distinguished by its staff and students. The department has connections with international scientific institutions, most important of which is CERN.

Recently, Dr. Ahmed Bassalat, staff member at the Physics Department has participated with the ATLAS Experiment at CERN in publishing a joint research by Nature, a British multidisciplinary scientific journal which was ranked the world's most cited scientific journal by the Science Edition of the 2010 Journal Citation Reports and is ascribed an impact factor of 36.101, making it one of the world's top academic journals. It is one of the few remaining academic journals that publishes original research across a wide range of scientific fields.

The research titled: "Evidence for light-by-light scattering in heavy-ion collisions with the ATLAS detector at the LHC" presents evidence for the scattering of LbyL in quasi-real photon interactions from 480 μb−1 of ultra-peripheral Pb + Pb collisions at

TeV by the ATLAS experiment at the LHC. The statistical significance against the background-only hypothesis is found to be 4.4 standard deviations. After background subtraction and analysis corrections, the fiducial cross-section for the Pb + Pb (γγ)

Pb(∗) + Pb(∗)γγ process was measured and is compatible with standard model predictions.

It is worth mentioning that Dr. Bassalat is member of ATLAS, which comprises 3000 scientific authors from about 182 institutions around the world, representing 38 countries from all the world’s populated continents. It is one of the largest collaborative efforts ever attempted in science. Around 1200 doctoral students are involved in detector development, data collection and analysis. The collaboration depends on the efforts of countless engineers, technicians and administrative staff.